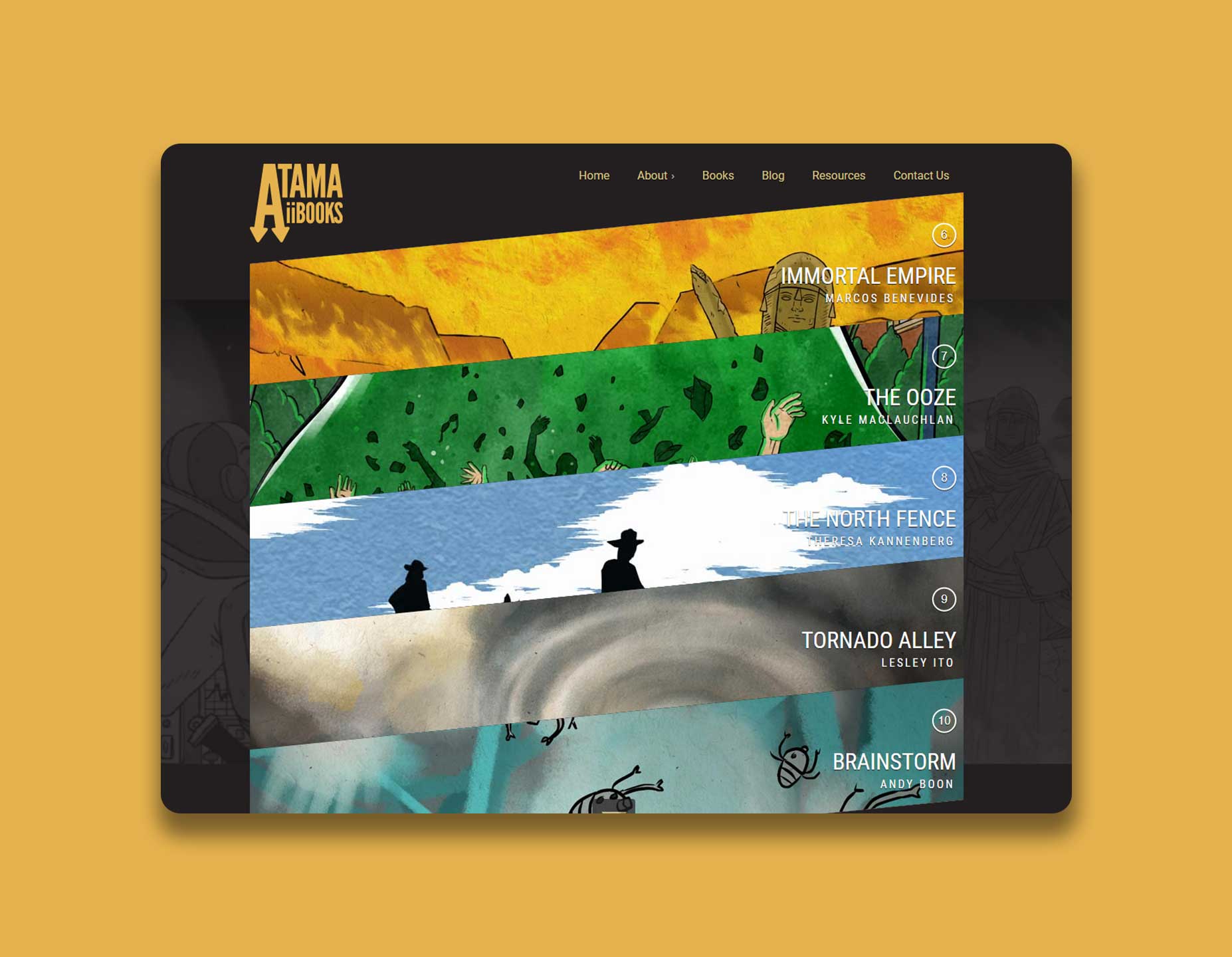 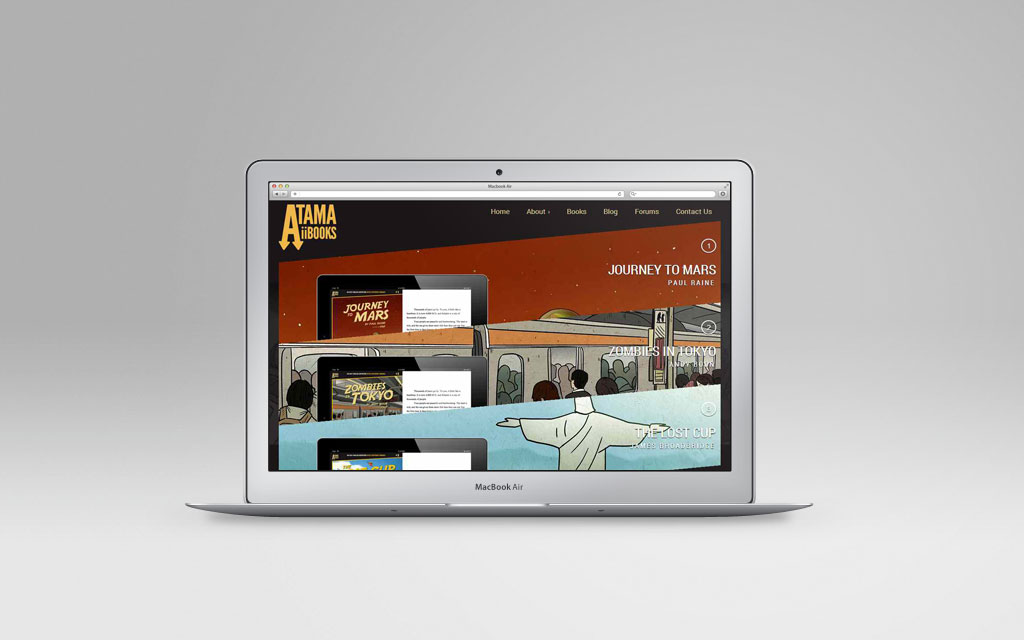 This is one of those projects that I would probably have done for free (don’t tell Marcos!). As a ten-year-old, I spent many an hour immersed in the pages of Fighting Fantasy game books, and as a former English language teacher, there’s a special place in my heart for language learning materials that make the process fun. Luckily for me, I’m not alone, and Atama-ii Books mounted a successful Kickstarter campaign, so pro bono work was never on the cards.

My brief was that the books should come front and centre, but there should also be space for author profiles, a blog and a discussion forum. Aside from a website, I was also commissioned to design a series logo and the cover template for the books themselves.

All the artwork for the series comes from the pen of the wonderful Alice Carroll, and as soon as I saw her work I knew I wanted the artwork to play a major role in the design. 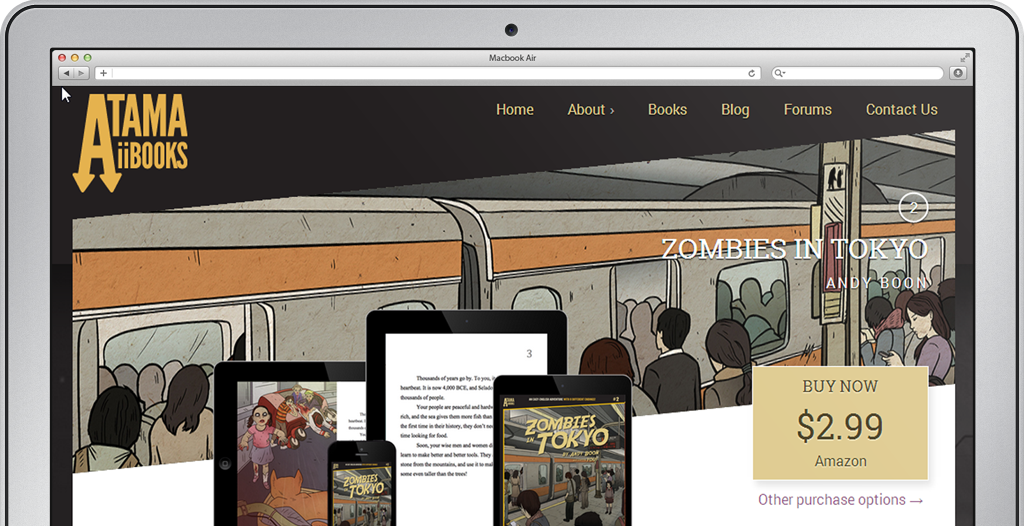 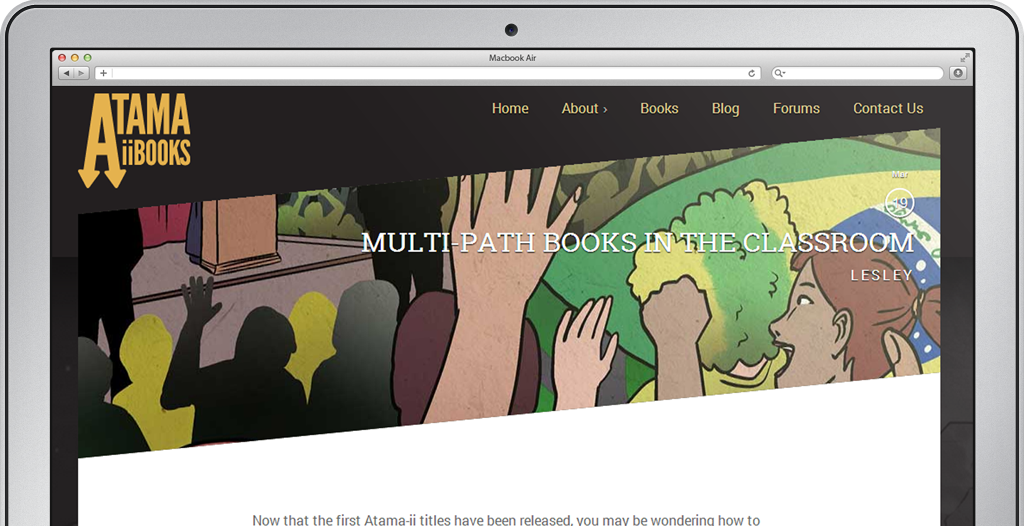 Instead of a slider, which some users find annoying, each title is contained in an accordion, using part of a the cover art as a background. Instead of showing the entire cover, just the title peeks over the edge, tempting the user to click to reveal more…

Featuring the brilliant artwork of Alice Carroll, the covers needed a consistent look which would appeal to the target audience. Marcos already had a pretty good idea of what that look was, and supplied some pretty high fidelity mockups. My job was to refine his initial ideas, and produce a template for the series. 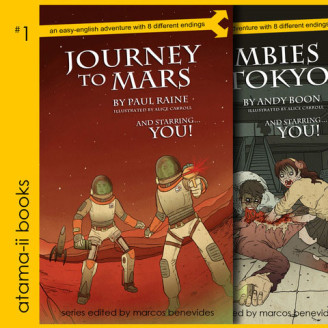 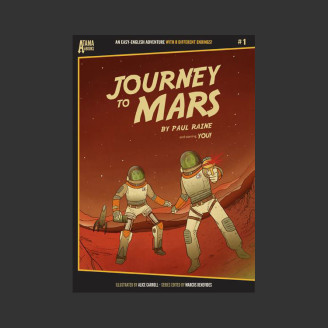 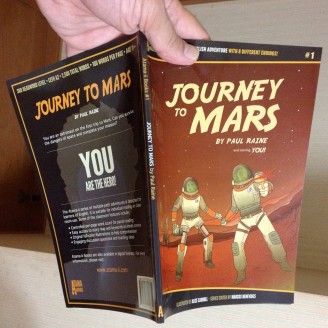 One initial idea which failed to make the final cut was the incorporation of the forked arrow, symbolising the branching paths of the story. This was used in the logo instead. 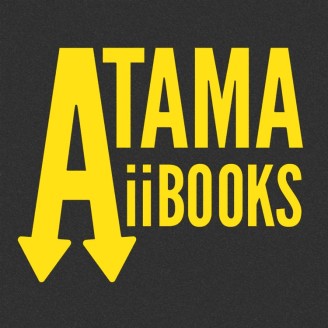 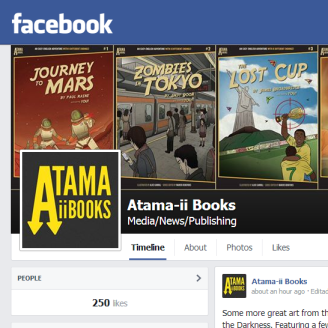